Bad Cat Behavior – and how to identify and deal with it

Understanding bad cat behavior and how to overcome it is critical to creating a happy home.  Cats have unique personalities that beg us to love them along with primal instincts that drive us mad.

If your cat is negatively acting out, it could be the little fur ball needs some cat behavior training.  Or it could be a symptom of something more serious. 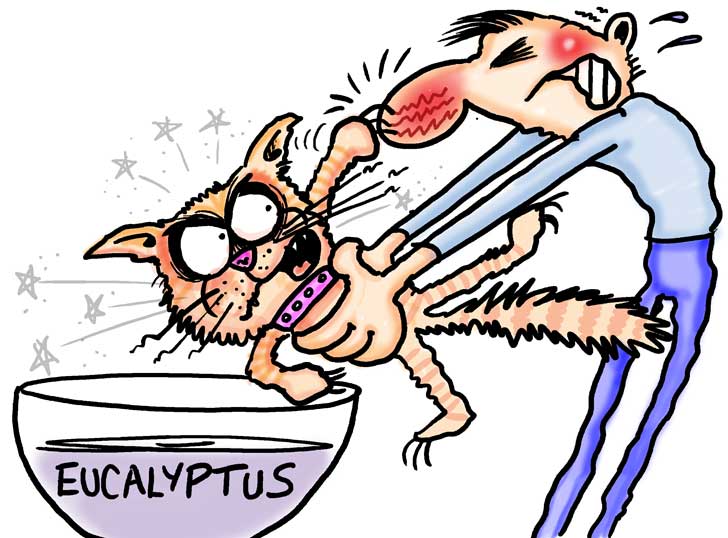 Cats get the zoomies just like dogs do. As part of their cat instinct traits, they are naturally nocturnal. They happily spend their nights patrolling their territory, playing, or chasing their shadow.

Barreling down the hallway and attacking your head as you sleep is their way of including you in their activities.  Don’t punish them for wanting to play with you.

Going belly up puts animals in a vulnerable position since it reveals access to their internal organs.  If your furry buddy is offering you his belly, he trusts you and wants to play.

It’s also a good time for a full pat down to check for cuts, lumps, or anything out of the ordinary that could lead to cat behavior problems later on.

Rubbing himself against you leaves his scent on you thus claiming you as his property.  If he loves you, he’ll want the world to know.

Everyone knows cats are curious. About everything.  Sitting next to your favorite picture frame, calmly pushing it off the shelf, and watching it shatter is his way of entertaining himself.

If you notice your cat has a chronic destruction problem, it’s probably because he’s bored rather than exhibiting an uncurable cat behavior problem.  Keep him stimulated, and he’ll lose interest in terrorizing your knick knacks.

Although considered a negative cat behavior, biting can be a sign of play and curiosity. Kittens discover their world through touch and taste, just like human babies.

When your cat bites hard enough to cause pain, he may be biting to establish dominance. He’s showing you he’s in charge. Or he may be rebuffing unwanted affection.

You can utilize some cat behavior training techniques to teach him to stop biting by replacing your body parts with appropriate toys he’s allowed to bite.

Cat Behavior to Worry About

Cats can do oddball things sometimes, but there are a few cat instinct traits to worry about.   Cats have strong hunting instincts.  Preventing him from hunting causes frustration, resentment, and boredom.

Indoor cats often become resentful for being locked inside for their life span.  If he attacks your leg or foot every time you pass by, it’s a sign he needs to pounce on some prey.  Indoor cats don’t hunt, so providing mock prey and ample hunting grounds is a way to curb those instincts.

If he has nothing to stalk and pounce on, he’ll find other destruction ways of stimulating his mind and muscles.

Shredding your furniture is another sign of stress.  But being aware of these bad cat behaviors and what they mean is the first step to addressing the underlying problem.

When he sees a bird outside the window but can’t catch it, he feels frustrated.  So, he’ll find something else to rip apart, like the couch.  Stretching his nail muscles relieves stress and feels good, sort of like when you stand up and stretch.

Having a designated scratching post will give him an alternative to destroying your furniture.

Kneading can be a good or a bad cat behavior.  As kittens, they push their paws into their mom’s mammary glands to stimulate milk production.

As an adult cat, it can be a sign of happiness, or a sign he’s trying to alleviate stress.  If he’s kneading you, it’s a sign he needs you.

Ear position says a lot.  Lying flat back against the head says he’s scared and could get aggressive in defending himself.

Dilated or constricted pupils are signs of cat behaviors to worry about because it means he’s irritated or scared of something close by.

Anxiety could be an issue, too.  Changes in his environment such as a new pet, children, or moving to a new house are all behavioral triggers.  He’s messing outside the box to get your attention.

If your cat eats non-food items like plastics, clothing, or even metal objects, he may have a condition known as Pica.  It’s often brough on due to a mineral deficiency, hyperthyroidism, anemia, or just bad genetics.

This is definitely one of the top cat behaviors to worry about since it could lead to intestinal blocking and expensive vet bills.

If your cat is extremely vocal, he could have a painful illness or a splinter in his paw. He’s howling to alert you to his pain.  A checkup at the veterinarian would be a good idea.

When it comes to vicious cat behavior, biting is a big deal. Does your kitty bite your hand when you scratch his head?  He could have an ear infection or ear mites.  Just like humans, it’s painful and needs medical treatment.

Changes in your cat’s behavior

If you notice your cat behavior changes, there’s usually a reason.  Did you recently change his food brand? Cats and food don’t always mix well. Like humans, cats have likes and dislikes.  Changing his food may upset his stomach so he’s refusing to eat.

Is he hiding for long periods of time?  Maybe a new pet moved in the neighborhood, and he’s looking for a safe hiding place.  Or maybe he doesn’t like your new house guest.  If he feels safe on the top shelf of the closet, leave him there until the coast is clear.

Cats get lonely just like we do.  They need nap buddies and friends to play with.  Interaction with other cats can help to alleviate cat behavior problems like aggression, biting, and scratching.

Introduce your cat slowly to a new friend in a calm environment to avoid a negative first impression.  Cat behavior with other cats can escalate quickly if they feel stressed or threatened by the new guy.

In case you’re wondering, yes, cat behavior training is a real thing.  I adopted a kitten, discovered her favorite type of treat, and taught her to “say please” when she wanted a snack.

I hold the treat in my hand, and she gently (no nails allowed) touches her paw to my hand to ask for the treat.  She’s stubborn, so it wasn’t easy.

Training my dogs was a breeze compared to training my cat.  But using the correct cat behavior training techniques really does work.  I also taught her how to sit and to answer when I call her name.

Cat behavior problems are common and most can be corrected. Being aware of our cat behavior body language alerts us to what those frisky felines are thinking.

Or we humans learn to compromise with that adorable puff ball and relinquish control of our lives to them. But keep an eye out for any unusual cat behavior, body language changes, or aggressiveness.  Most cats are low maintenance pets, but they do depend on us to keep them healthy and happy.

Even the smallest cat behavior changes could be the most important.

Article by our US cat loving correspondant Laura Lee Hathaway

Ever thought of ragdoll cat? – read my personal insight on keeping these adorable house cats 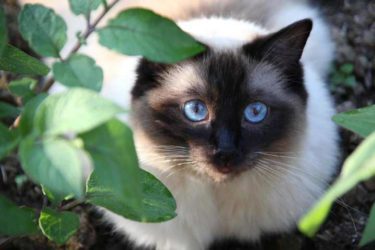 So called because they flop like a rag doll when you pick therm up are stunning looking cats with a very placid nature.

They follow you around the house and love human company.  Quite a bit different to your normal pet cat!